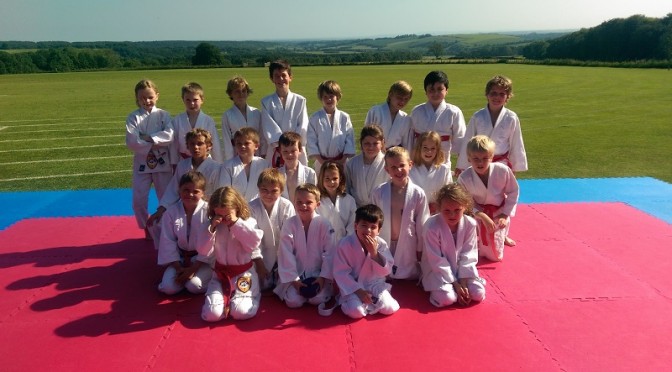 Summit Judo Club has over 30 years of history, originally operating from John Hunt of Everest School we have since relocated to Sherborne-St-John and become the largest judo club in the Basingstoke area. This was achieved by offering a great balance of fun and serious learning of judo.

Being a martial art and Olympic sport, judo is both a great form of physical and mental education. In addition to the obvious benefits of flexibility, balance, and co-ordination, the core principles of judo build life skills through self-discipline and teamwork giving a sense of achievement and most importantly building confidence.

Progression is monitored through a structured grading system.  Individuals focus on developing their technique as they aim to reach the next benchmark: their sense of achievement is acknowledged by a recognisable series of coloured belts and stripes known as Mons.

Paul started Judo in 1983 at the Age of 6 at Summit Judo Club with Sensei’s Len Dunce and Derek Brownett. At the age of 13, due to his parents moving away, Paul left Summit, only to return at 21 (1998) with little brother on tow as an excuse to play Judo again.

Since then Paul has worked up the belts again to become a club coach in 2004 and Black Belt in 2009. He takes lessons for both juniors and seniors.

Paul teaches 3 nights a week both at Summit Judo Club and at AWE Judo Club in Tadley where after helping out coach Al Coupland due to an injury he has taken over Al’s role.

In August 2010 Paul decided to follow his passion for Judo by starting Summit School of Judo and becoming a full time Judo Coach to take the sport into schools.