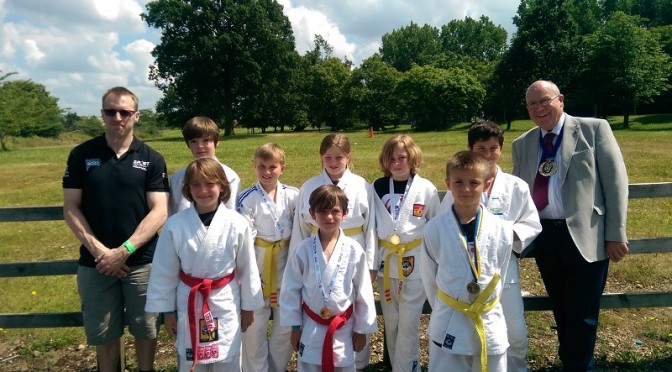 The Basingstoke and Deane team fought hard to a nail biting finish to take the Hampshire Games title on June 21st at Maida Gym, Aldershot.

Following a Short opening Ceremony at he Athletics Stadium. The players took part in a  parade around the Stadium after which they made their way to the Dojo.

Fighting against 3 other Teams it was a close call between Portsmouth and Basingstoke.

The Basingstoke Mayor was there to hand out the Medals and was very proud of the teams etiquette and performance.